The History of Geocells

This informal CPD article was provided by Greenfix, a leading designer, supplier and installer of soil stabilisation and erosion control systems in the UK. For more information please visit the Greenfix CPD Member Directory page.

In the late 1970’s Presto co-invented the technology known as cellular confinement with the US Army Corps of Engineers Waterways Experiment Station (WES). The early applications of cellular confinement or geocells consisted primarily of stabilised, expedient sand roads for military vehicles. What many people may not know about the early development of the geocell cellular confinement system is that the material wasn’t always black in colour or plastic? In fact the early testing of a grid confinement system included wax coated craft paper; a plastic drainage pipe matrix fastened with staples; paper-thin, hexagonal glued aluminium; low and medium density recycled materials; pure polyethylene without UV stabilisation; and square cells similar to old fashioned egg carton separators.

The U.S. Army Corps of Engineers contacted Presto Products, a plastics manufacturer, for assistance in developing a stronger grid confinement system that would maintain strength under heavy loads. Working with Steve Webster at the WES Presto’s Gary Bach devised a method to weld polyethylene strips to form a cellular structure that became known as “Sandgrid” and was used by the military primarily for road applications. Since early development with the Corps of Engineers, geocells have been further improved for many other soil stabilisation applications, including the rapid construction of fortified walls in the U.S’s Middle East combat zones starting with Operation Desert Storm in the early 1990s.

Camp Blanding Joint Training Centre in Clay County near Stark Florida, is the primary military reservation and training base for the Florida State National Guard. In 1982 half a mile of road five metres wide was laid over sand dunes by the Corps of Engineers. The grids were laid by National Guardsmen, filled with sand and surfaced with a bitumen emulsion spray. The whole road was constructed in twenty five working hours and proved that the pavement system could be laid in large quantities, quickly, by inexperienced labour to a standard suitable for carrying heavy duty military vehicles.
Building sand roads with the Geoweb system was further proven through a U.S. military exercise known as JLOTS II (Joint Logistics Over-The-Shore) conducted by the WES. Conducted at Fort Storey Virginia in 1983 this exercise constructed sand roads using the Geoweb system and applied thousands of traffic cycles by 100 rubber tired military vehicles of various axle loadings. This was repeated seven times with no noticeable signs of distress.

A second phase of trafficking was initiated, again in 1983, over the same length of geocell. Hovercraft transported 100 unladen 20ft containers from a berthed vessel to shore. The crane used for unloading the hovercraft weighed in excess of 150 tonnes, and travelled along the road twice without distress to the surface. A third phase was then carried out which repeated the first.

An American oil company wanted to access four drilling sites located 800 kilometres south of the Mediterranean Sea coast and 160 kilometres from the nearest village. Transporting both construction equipment and suitable building materials would be difficult and expensive. Asphalt roads were unacceptable because of the high costs associated with mobilisation to these remote locations and local rates of installation. In the desert sand, rubber tired vehicles became bogged down since the sand alone offered little support. Considering the task, the oil company decided to build a test road with the sand filled Geoweb system.

One-thousand additional traffic passes were made using 80 ton trucks. Total traffic count was 5,000 passes with no deterioration in the performance of the road. Following the test, additional geocell sections were ordered to build a 15 Kilometre road to access the first drilling site. After the Geoweb system was installed and filled with the local sand using a front-end loader, the system was tested using 40 ton and 80 ton gross weight trucks. The first 4000 passes of traffic were applied by a 40 ton Halliburton truck. The road performed very well with sustained traffic speeds of 35 mph. This was excellent considering the conditions.

The Geoweb system is weather resistant and can be installed in virtually any weather condition, even when the ground is frozen or rain is falling. With the high transport costs in Alaska using the Geoweb system to contain lower quality infill materials reduced the requirement for high grade crushed rock in road construction. In 1982 the Geoweb system was used to stabilise sand and pea gravel to form Fire Station ramps at Atqasuk, Point Hope and Kaktovik. These ramps provided reliable access for 2000 and 3000 gallon tanker trucks over soils which typically possess moisture content in excess of 50% during the thaw season. It was subsequently used for stabilising other village roads.

The benefits of the Geoweb system were quickly recognised around the world.

Perched on top of a mountainous area in Kangwon-do, Korea, the Phoenix Park Resort is protected from the effects of erosion by a system of walls including the largest retaining wall in Korea. The use of this earth retention system at the Phoenix Park Resort met the key criteria by providing: 1) a very steep or nearly vertical surface which minimizes erosion and remains structurally stable under its own self weight and known externally imposed loads, 2) natural vegetative cover by filling outer cells of the stacked Geoweb sections with topsoil, giving the wall the ability to blend in naturally with the Resorts environment, 3) complete construction, in only two months, this provided the cost savings needed to keep the project within budget. The largest structure measures 200 metres in length, with heights varying from 6m to 14 m. People who visit the resort are astounded by the size of the wall structure and impressed with how well the system blends with the surrounding natural area.

Siglufjördur, a town resting under steep mountainsides, has the highest percentage of snowfall in Iceland, and is prone to avalanches. Historically, avalanches have posed a threat to the people of Iceland. In 1995, two avalanches killed 34 people in Northwest Iceland. The Geoweb earth retention system was selected for the avalanche barrier system by VSO Consulting of Iceland, an engineering design firm. “The plan was to use a concrete retaining wall, but then VSO decided to look for something more environmentally and aesthetically suited for the area, since the barrier would be located on the slopes facing houses in the village,” Key criteria for selecting Geoweb earth retention systems include the project site soil conditions, availability of suitable backfill materials, project economics and the desired aesthetics of the completed site. The avalanche protector, which was completed in December 2005, involved installing five Geoweb barrier systems, each more than one mile long and 15 to 20 feet high. “The Geoweb system provides a sustainable solution to soil stabilization problems. Manufactured from polyethylene, the system’s outer cells, when filled with site topsoil, provide an ideal environment to support native vegetation. In addition, Geoweb material is much faster to install than comparable earth retention systems, such as concrete.”

Early sites in the U.K. included tracks at Stangate Landfill site in Kent, sub base areas on reclaimed land at Portsmouth continental ferry terminal, and sub base areas filled with surplus beach sand at lyth Harbour. Since then Geoweb has been used on many hundreds of sites. These range from military roads on Salisbury Plain (left) to an almost unique U.K application – Tree Root Protection. Arboricultural Practice Note 12 published by The Arboricultural Advisory and Information Service describes the use of cellular confinement systems as a three dimensional load spreader, providing a no dig solution to building paths and roads around trees without disturbing the delicate root systems. Supported by the controls of BS 5837:2012 “Trees in relation to design, demolition and construction” this gives a high level of protection the country’s heritage of ancient and culturally significant trees. Greenfix the sole Geoweb distributor in the U.K, is unique in providing site specific solutions calculated on both CBR & Bulk Density for true tree root protection. Finding affordable and cost effective solutions to Tree Root Protection challenges is a major issue for town planners and local authorities, Geoweb leads the way in Tree Root Protection specification.

With 40 years of development behind it Geoweb is set to meet the challenges presented by the changing ground and climate conditions of the 21st Century. 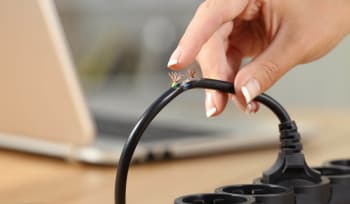 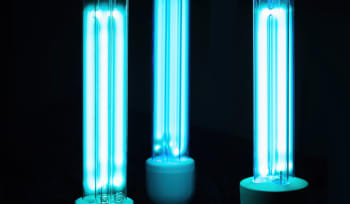 UV-C Light: How does it kill Covid and other deadly bacteria? 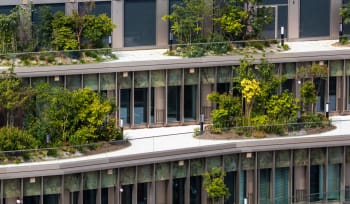 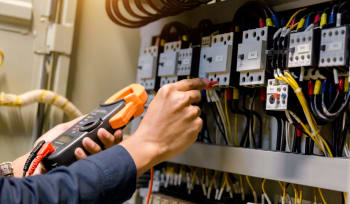 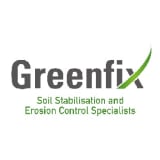 "I am always doing that which I cannot do, in order that I may learn how to do it."

"Wisdom comes not from age, but from education and learning."

"You don't understand anything until you learn it more than one way."

"Gold has a price, but learning is priceless."

"The mind is not a vessel to be filled, but a fire to be ignited."

"Education is not the filling of a pail, but the lighting of a fire."

"The noblest pleasure is the joy of understanding."

"It’s taken me all my life to learn what not to play."

"A man, though wise, should never be ashamed of learning more, and must unbend his mind."

"I am learning all the time. The tombstone will be my diploma."

"All the world is my school and all humanity is my teacher."

"Self-education is, I firmly believe, the only kind of education there is."

"Real learning comes about when the competitive spirit has ceased."

"Education is the movement from darkness to light."

"The roots of education are bitter, but the fruit is sweet."

"Education is the key to unlocking the world, a passport to freedom."

"You cannot open a book without learning something."

"I had six honest men. They taught me all I knew. Their names were: Where, What, When, Why, How and Who."

"Commit yourself to lifelong learning. The most valuable asset you'll ever have is your mind and what you put into it."

"I am still learning."

"The beautiful thing about learning is nobody can take it away from you."

"It does not matter how slowly you go as long as you do not stop."

"Learn everything you can, anytime you can, from anyone you can. There will always come a time when you will be grateful you did."

"Education is a progressive discovery of our own ignorance."

"Teaching is only demonstrating that it is possible. Learning is making it possible for yourself."

"Mistakes are great, the more I make the smarter I get."

"Education's responsibility is to replace an empty mind with an open one."

"We are what we repeatedly do. Excellence, therefore, is not an act, but a habit."

"Learning is an experience. Everything else is just information."

"You do not learn to walk by following rules. You learn by doing, and falling over."

"You can never be overdressed or overeducated."

"Much to learn, you still have."

"It is the art of an educated mind to be able to entertain a thought without accepting it."

"Education is not the learning of facts, but the training of the mind to think."

"Learning is a treasure that will follow its owner everywhere."

"Tell me and I forget. Teach me and I remember. Involve me and I learn."

"We are born not to be perfect, but to learn and reflect from imperfections"

"For the best return on your money, pour your purse into your head."

"Living is easy with eyes closed, misunderstanding all you see."

"Light up the darkness."

"I was obliged to be industrious. Whoever is equally industrious will succeed equally well."

"Education is the kindling of a flame, not the filling of a vessel."